This is a bit embarrassing to admit, but I opened the door to it when I started yammering on about my writerly ambitions on the internet.

I spend way too much time thinking about getting published.

I read blogs about getting published. I follow literary agents and editors on twitter. I enter contests. I sign up for conferences. I revise my query letter for the umpteenth time. I feel happy, and then jealous, every time strangers on the internet announce their own good fortune.

And much like a girl who has only been dating her new boyfriend for three weeks before she starts perusing bridal magazines ("Well, I dated the last one FOREVER!"), it's completely out-of-hand.

I have written two books. I queried agents for one of them.

I have started, and failed to finish, about a dozen more.

Now, I won't pretend that there aren't reasons why I have not finished another book since the last one. For one, it turns out lawyer-as-day job, writer-as-dream job is not an ideal combination, although it has gotten much better now that I don't work 70 hours a week and yes I know some people work more than that, shhh.

The fact is, it's not just one thing but a lot of things that are out-of-balance in my life, and when you don't have the time or intellectual energy to commit to something hard (writing), playing make-believe (reading Miss Snark archives counts as writing, doesn't it?) feels like the next best thing.

Except that it's the worst thing.  Because the next thing you know, you'll wake up and realize that not only are all the goals and timelines you set for yourself long since passed, but that you failed to make any new ones.

So here's the deal.

On October 1st, I will let myself start thinking about agents and publishing again. Until then, I am focusing only on reading and writing.

And silly Internet memes, because a girl can't live on diligence alone. 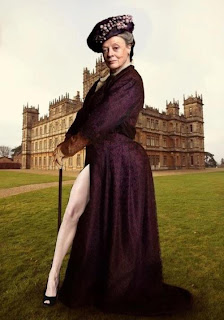