A few years ago, I had the opportunity to teach at a local writer conference. Today when I was attempting to organize my Dropbox, I found my slides and thought the best place for them would be on my blog.

So here we go -- "Part One of Vivid Descriptions and Pertinent Details: What Makes Settings Come Alive?" 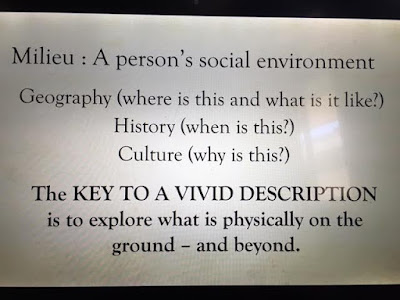 In my opinion, world building is the single most important thing a writer can do--even if (and especially if) the setting is contemporary. World building isn't just about magic systems and geography--it is the character's entire milieu.

So how do you make a milieu seem real? Five things.

1. Ask yourself what the character would notice about the setting.
2. Remember that being more specific is always better than being less specific
3. Integrate the details into the story
4. Use all the character's senses
5. Trust your reader to understand context clues

First up: Ask yourself what the character would notice about the setting. 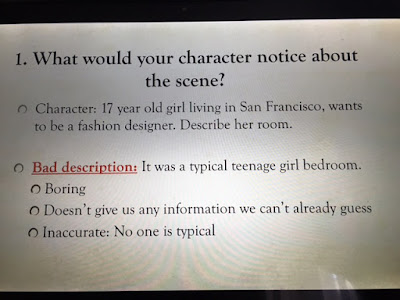 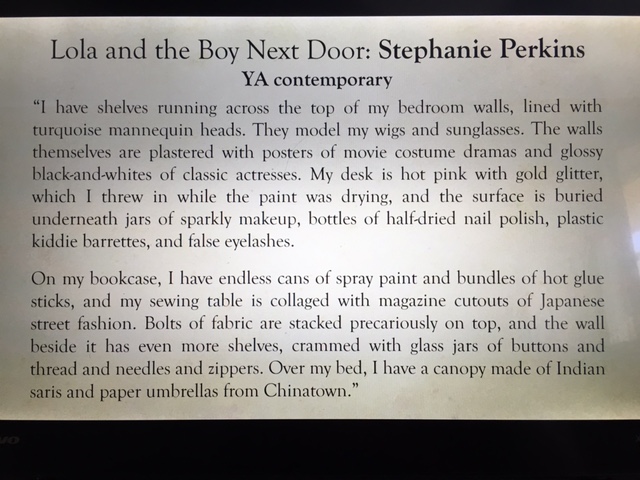 What I find so exceptional about this description is that not only does it paint a vivid picture of Lola's room, but it also tells you about Lola as a character without coming right out and saying, "Lola was really creative and quirky."

A word of caution? Think about what your character WOULDN'T notice--in this case, would it make sense if Lola noted her 5.5 inch crown moldings? No. Her thing is fashion, not architecture.