Can we talk about DANGEROUS GIRLS?

What was up with the ending to Dangerous Girls?

I know I am late on the Abigail Haas train, but I started (and finished) Dangerous Girls last night and I must talk about the ending!

So if you have read Dangerous Girls, let's discuss it in the comments. (WARNING: There will obviously be spoilers.)

And if you have not read Dangerous Girls, what are you waiting for? GET IT and then let's talk about it! 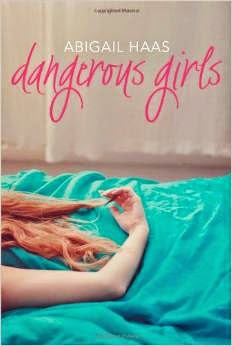 
It’s Spring Break of senior year. Anna, her boyfriend Tate, her best friend Elise, and a few other close friends are off to a debaucherous trip to Aruba that promises to be the time of their lives.

But when Elise is found brutally murdered, Anna finds herself trapped in a country not her own, fighting against vile and contemptuous accusations. As Anna sets out to find her friend’s killer, she discovers harsh revelations about her friendships, the slippery nature of truth, and the ache of young love.

Awaiting the judge’s decree, it becomes clear to Anna that everyone around her thinks she is not only guilty, but also dangerous. And when the whole story comes out, reality is more shocking than anyone could ever imagine...
Posted by Ru at 11:37 AM