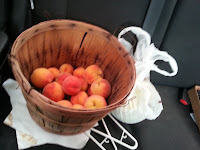 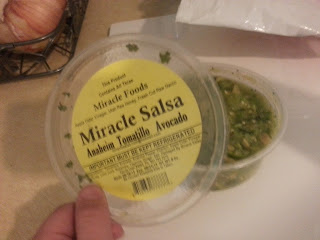 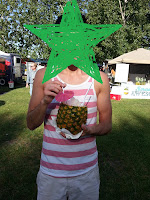 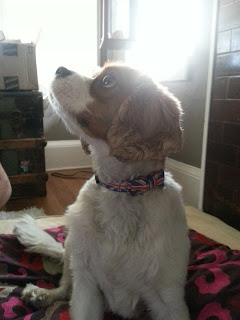 Echo says my blog posts are boring when they are transferred to my website tumblr and that I'm going to have to start taking more pictures. I shall attempt to oblige.

1. Peaches from my dad's orchard. I made a peach pie and it turned out pretty tasty (though not terribly pretty due to my poor edge-crimping skills, and therefore you don't get a picture of the final product.)

Here's the recipe, if you're so inclined to make a pie of your own:

CRUST (this is my go-to crust recipe. I use it for all pies, unless the recipe calls for something wildly different.)

In a large bowl, combine the flour, sugar, and salt. Add the shortening until mixture resembles coarse crumbs. Combine the egg, water, and vinegar; stir into flour mixture just until moistened. (Ru's editor's note: I know it says to combine the shortening first, then mix the egg, water, and vinegar, and then combine it all ... but I have always dumped it all into the Kitchenaid and felt fine about the results. LAZINESS!) Divide dough into two balls, wrap in wax paper, and refrigerate for at least 30 minutes.

Sprinkle peaches with lemon juice, mix carefully. In a separate bowl, mix flour, sugar, cinnamon, nutmeg, and salt. Carefully pour dry ingredients over peaches, mix carefully. You don't want your peaches getting bruised and mushy. (Though it will still taste fine even if you do.)

Line the bottom of your pie dish with one of your pie dough balls. Brush the crust with beaten egg- this prevents your crust from getting too soggy. Pour the filling mixture into pie crust. Take the 2 tablespoons of butter, cut into smaller pieces, and dot the top of the filling. Cover pie with the top crust (full crust or lattice is fine.) Brush the top of the pie with the rest of the beaten egg mixture, or the milk-sugar mix described above. This will make the top of your crust turn shiny and light brown.

Bake for 10 minutes at 450 degrees, then reduce heat to 350 and bake for an additional 30-35 minutes. If your crusts get too brown, you can use a pie crust shield like this one, or just cover your edges with aluminum foil halfway through baking.

This is the best salsa ever. If you live in Salt Lake City, or visit during the summer and early autumn months, go to the downtown farmer's market on Saturday and BUY THIS. You won't regret it.

4. This is known as a "Snowy Awesome" and Diego's boyfriend ... "Wally," or "G'wally" for "Gay Wally," as Hannah's boyfriend is also named "Wally"/"S'wally" ... and I found it at the Wheeler Farm Farmer's Market. (It was a weekend of farmer's markets! The first one was for the Miracle Salsa and Spenny's bowtie. The second one was for Undescribed Research Project.)

It's a cored pineapple filled with shaved ice, ice cream, and sweetened condensed milk. We shared one and ended up eating about five bites each. It was the most delicious kind of overkill.
Posted by Ru at 10:44 AM

Email ThisBlogThis!Share to TwitterShare to FacebookShare to Pinterest
Labels: Feminists can be domestic too